Most of the OTT platforms on which the web series are being streamed or broadcast are foreign.

Most of the OTT platforms on which the web series are being streamed or broadcast are foreign.

Here in two-three years, all the platforms of Over the Top or OTT have suddenly become active at a rapid pace. The declining quality due to the increasing number of TV channels is the reason for the rise in the graph of OTT medium. In the last two years, due to the chaotic situation of Corona epidemic in the country and the closure of cinema theaters due to protracted lockdown, have also proved to be the reason for the indiscriminate production of web series and their uninterrupted performance.

Most of the OTT platforms on which the web series are being streamed or broadcast are foreign. Only some OTT platforms are from us but they are also partnered with broadcasting organizations from outside countries, so their content has been kept according to international standards, with the aim of purely entertainment, more subscribers and more money. Obviously, all these OTT content is proving to be misleading for the Indian audience, especially the young audience. Most web series, irrespective of the plot they are based on, have made it mandatory to show the free lifestyle of the metropolis with extra openness by twisting them.

Be it mature characters or teenagers or youth, everyone is competing to be shown cool. The inner workings of the corporate world, drunken boys and girls in late night parties, the inequalities of relationships being made and broken in upper middle class homes, hooliganism growing with poor political support in small or medium towns, towns, Business…all kinds of small and big crimes…all these are included in the content of the web series. That is, these platforms are not being used in the right direction at all.

The simple reason for this is that these platforms are not under any kind of monitoring. Government broadcast ie Doordarshan or cinema or entertainment channel, all these have been kept under strict rules and regulations. The biggest reason for this is also the involvement of some of the biggest industrial houses of the country directly or indirectly or capital investment on these OTT platforms.

The low level use of language in the content of the web series is also a well thought out conspiracy of the business world. Whether it is school, college students or young activists associated with the corporate world, in the blind tune of using the so-called cutting edge style as fashion, considered indecent, even the lower class streets are increasingly becoming a part of everyday conversation. The web series has the biggest and most important contribution in this matter. Till now, Hindi or other Indian language films have been accused of harming Indian culture, but going ten times ahead, these web series are almost turning the Indian youth towards a dark alley.

All the ironies of politics have been outlined in the Maharani's web series. Youngsters can save themselves from falling in the trap of cunning leaders of various parties who set records of corruption. In Madhuri Talkies, local leaders of small towns have been warned to avoid the many lousy methods of misguiding the youth. A resolved filmmaker like Prakash Jha has cautioned the youth of the ashram to put their lives at stake in the attraction of spirituality. How the jugalbandi of politics and spirituality misleads the youth of the country and straightens its owl by using them, it has been shown openly in the ashram. 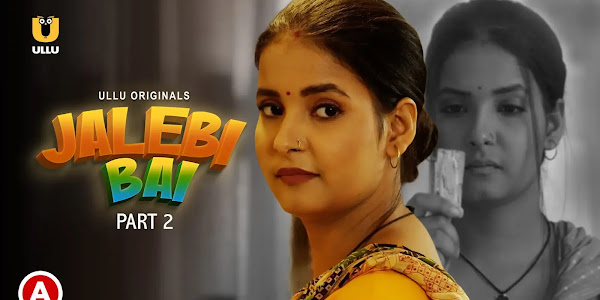 What is depression? and symptoms, causes and treatment

The Truth About VPNs You Didn't Know Before!